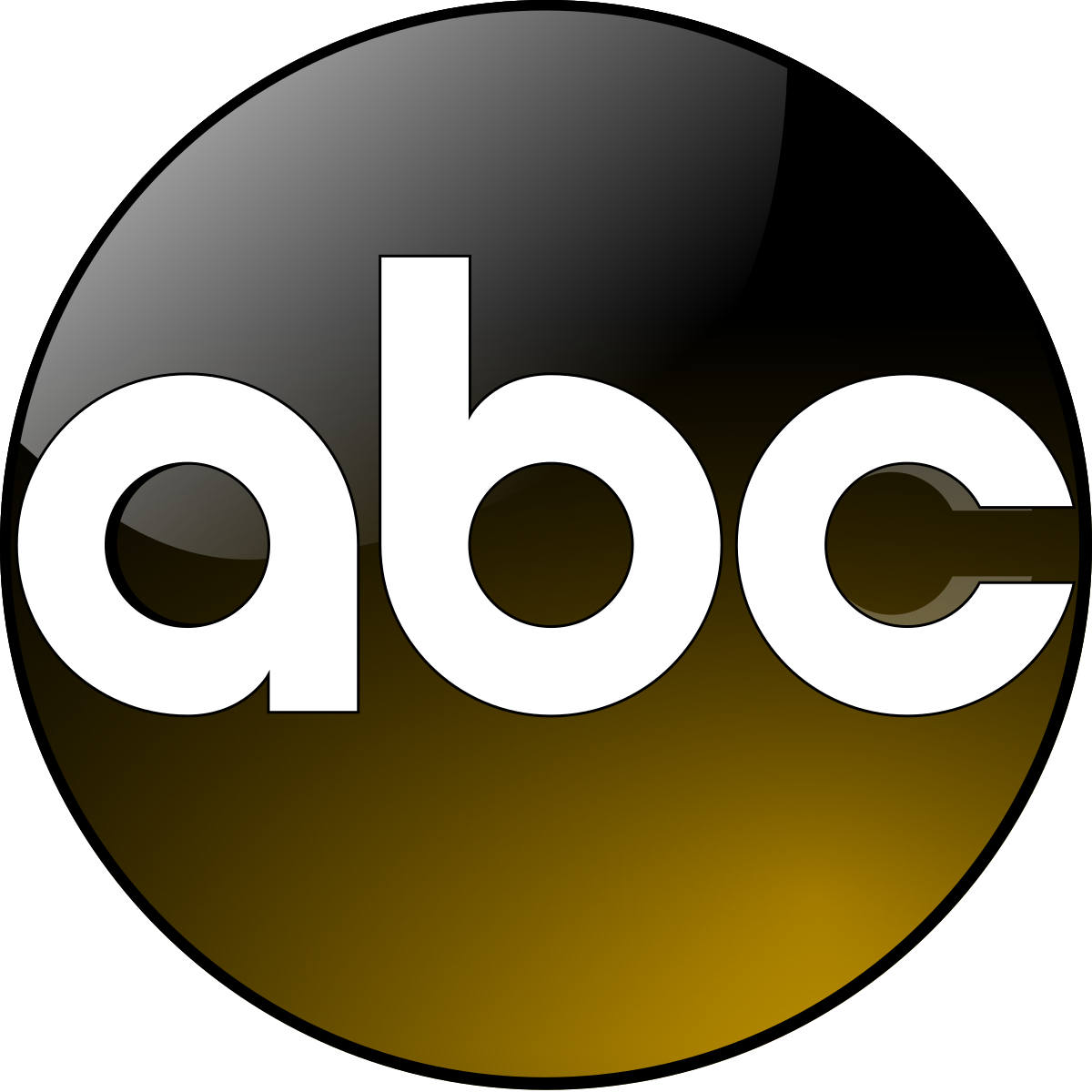 ABC has been a perennial favorite of mine – they have a lot of quirky shows with interesting premises (premisii?), and most importantly last year they made a huge push in airing shows with diverse casting. The Mayor, For the People, and Black-ish either are completely brown or have a lot of people of color on set.

That said ABC isn’t perfect. Like a lot of us, I was really excited to see Rosanne make a comeback this year… and… Yeah. I watched a couple episodes and I’m done with it. I can’t separate the woman from the show, especially when the two are so intertwined.

This year’s crop looks to be… more pale. It’s unfortunate that they didn’t continue the push into more colorful territory, but some of their shows do show promise. So let’s see what they got.

The Kids Are Alright

Like I said in my NBC Review I’m not a huge into televised comedies, except for the GLORIOUS Brooklyn 99. It’s not that I don’t like them, it’s just they never hold my interest like dramas do. That said, The Kids Are Alright is…average? I guess.

The Kids Are Alright is about a family with eight brothers (I know there are eight because they keep saying it) who all live under the same roof with their parents in the 70s. Our point of view character is of course the neglected middle child, and it is narrated by his older self. So basically the Goldbergs, but with a sepia tone filter. I don’t know what’s going on at ABC, but someone has been mainlining reruns of The Wonder Years cause we have a period shows about quirky families narrated by the older version of the main character based in the 70s, 80s, and 90s (TKAA, Goldbergs, and Schooled respectively). Ok sure why not… The Goldbergs are apparently going into their 5th season and they’ve already confirmed a 6th. The only thing I can think of is the absolute power of nostalgia has pushed these shows into the limelight.

The thing that irks me the most about this show is there were no brown faces in there whatsoever. Not even a best friend or something. I don’t know what their writer’s room looks like, but I’m hoping that when they eventually start to get into the politics of the 70s they don’t have a token black character to give their perspective to this white middle class family.

Clearly I’m not into this show… going to give it a pass.

Premiering in fall, Tuesdays at 8:30pm.

Now THIS is what i’m talking about! Grand Hotel is about the last family owned hotel in Miami. The drama is coming from a lot of sides; the father is in deep with some sort of mob presence after he borrowed money to keep the hotel afloat. Theres a new waiter (who is sleeping with most of the guests i guess?) who is going to give us an outside view of the goings on in the hotel. And of course lots of family drama, including the father getting married to a much younger woman who his daughters believe is up to no good. Like I said a lot going on here.

It’s kind of in the vein of Dallas or Dynasty. Lots of in-family intrigue, a romeo and juliet sub plot, etc. Some of it is boiler plate, some seems like it’ll go somewhere. It all depends on the “dark secret” story and the cast’s charisma. If they can get that going this will rise to be at least mid-tier. PLUS – a melanin rich cast. I’m down for it, though a bit skeptical.

Grand Hotel is coming mid season, most likely in early 2019.

So… I don’t know how to label this. Dramedy? Comedy-Action? Because it’s not action based at all, it looks like someone took a comedy and added explosions and gun fights. And I’m looking at this like… I don’t know why I think this looks awesome. But I do.

Whiskey Cavalier opens with a down on his luck, recently divorced FBI/spy agent. I didn’t know the FBI had spies that went on international missions. Isn’t that what the CIA and the NSA are for? I’m not up on my clandestine agency lore, so let’s set that aside.

The real meat of the premise starts when our FBI agent, code named “Whiskey Cavalier” (get it?), is on a mission to rescue a hostage and a hardass CIA agent shows up on her own mission. They immediately don’t get along, literally having a Mexican standoff, but then get the job done. The powers that be then decide that they are a good team, and now they will be working together.

This show has an odd edge to it. Action-Action-Action- Joke about divorce-Sight gag. The only thing I can think of is that ABC really wanted their own version of Lethal Weapon… But they leaned more to the comedic side than the action. This show is really a tossup, but it’ll be on my list for the time being. I just hope their writing improves – the gags in the trailer seemed disjointed.

Midseason replacement, no timeslot as of now.

The first thing I thought when I watched this trailer is “So they took the OJ murder and trial, threw in a bit of Silence of the Lambs, threw them in the blender and garnished with general legal drama.” This is another one that looks interesting, but in a weird way. The story seems really off kilter, the pacing in the trailer is odd to me, and the only brown person is the main antagonist. But what is there looks like it could really be something.

The Fix starts off with a woman prosecuting a murder trial that should be a slam dunk, results in a not guilty. The defendant is a quite large black man who was accused of killing his girlfriend, and after he gets off the lead attorney leaves the DA office to… I don’t know mope around I guess. But then eight years later, dude comes up and might have killed again! Or a first time. Or neither times.

The reason I’m sounding completely dubious is because I am. This looks interesting, but the trailer looks boiler plate, the premise feels half baked, the cast doesn’t seem to jive, and I… I just don’t like the underlying feeling of “you should be frightened of this large black guy with a deep voice.”

But like my favorite podcasters say, “Anything can be good.” So I’m going to see what’s up with this.

Airing in fall, Wednesdays at 10pm.

Ok so I’ve watched this trailer a few times and I don’t really understand what’s going on here. It’s about four close friends that are grieving the loss of a fifth. Ok. And this dead friend was always the happy go lucky guy and never seemed to have any trouble, but then he kills himself. Ok, I got you there… seems like an interesting premise.

But then you find out that the friends aren’t really that close at all… and they met while all trapped in an elevator? And in the end of the trailer they start to realize that they aren’t really good friends at all? What is… what?

Let’s break something down here – a good Upfront trailer is supposed to do a few things. 1) Show off your star power, and if they are new comers their acting ability. 2) If an action show, display any special effects or camera work that will draw the audience in. in the case of a drama or comedy, some heartwarming moments and a some good jokes. 3) This is most important, so stay with me here… It’s supposed to give you a sense of the premise. What is going to happen, why are these people doing whatever they are doing, why should I care. And I don’t mean tell us part of the plot… just the premise. Give me the reason you’re making this show. I really don’t see anything like that here.

This fall, Wednesdays at 10. Watch this become a sleeper hit and last for 5 seasons, just because I gave it a bad review.

This is much much better. Starring Captain Mal Reyno- I mean starring Nathan Fillion, The Rookie is about a dude who just got divorced and is looking for new direction in his life and…

Wait. Let’s take a step back here. There are more than a few shows that start off with “a man who is in dire straits after a divorce/his partner cheated/something something.” What is going on here? Was there an epidemic of horrible divorces in Hollywood last year? I mean seriously, the whole “man decides to change his life after woman is mean to him” thing is a bit played out. That’s two on ABC, there’s at least one on Fox… I’ve got to be missing something right? No? Ok then.

So he’s looking for new direction in his life so he joins the LAPD. Fillion is in a role that I don’t think I’ve ever seen before – a dude who is not cocky. Seriously, I’ve only seen him play brash, snarky, or heroic guys. His character in this one is just an average dude. He actually stars off timid, and has a real earnest feel to him. It’s refreshing, and a surprising turn for Fillion. I like it.

The premise is promising, even though it’s another “cops are the heroes” show. It’s not a procedural, so that’s working for it, and it has a diverse cast, with a black guy as his superior, and a black woman as his training officer. And in the trailer he shows that he can prove himself. So yeah I’m interested in this, can’t wait to see if it has legs, cause one false step here and it’ll be going the way of The Crossing. (The Crossing was cancelled after like 10 episodes btw).

Single cam comedy about the lives of a diverse group of single parents trying to live their best lives. It looks cute, but with kind of an edge. All of the parents have something different going on, but we focus mostly on a single mother who is trying to coach the new single dad in the group on how to be an adult in the face of being an only parent. Five parents comprise the ensemble, and they all seem like they are well rounded characters with some really good chemistry. It’s a good blend of sass, heartwarming, cutting humor, and a pinch of cringe.

I know the other reviews were longer, but honestly there’s not much more to say about it. It’s a simple premise, it’s easy to digest, and it’s well shot and well-acted. Nothing really profound here, but if this is done right it could have a lot of layers. Like a parfait.

…I am truly sorry.

ABC had me really excited last year, but this year they seem to have taken the safe road, which honestly doesn’t surprise me. The chances they took in the 2017 season didn’t really pan out, and in the current climate those shows wouldn’t have survived. They were clearly being developed at the tail end of 2016. You know – before we were somehow transported to Earth X? Comic nerds will know what I’m talking about.

So not the best showing, but not the worst. That’s usually reserved for CBS and guess who’s next?!

Click any of the links below to go to one of my other Upfronts reviews, and remember to share and follow me on all the socials!